The look of the forum

The look of the forum

Ok, I'm trying to dig into this, but I'd really like some feedback from members.

I took away the "too blue" and put up something that I think is at least pretty neutral. Man, they have some ugly skins on the site!

Can't have a logo without a vision. So what should we emphasize?

If I get no responses, I may just go with something that's lime green, so take that as a warning :-)

I thought this was Art's thing. Doesn't he want to make the forum all pretty-like.

I get the feeling it's too soon for a vision. How about "No Trolling"?

FYI, now you know why I used the forum default blue. All the skins kinda suck.

The neutral may look better, but the blue was easier to read.

Ok, yes, it is Art's thing, and he had said a couple of weeks ago that he was going to work on it, but then I got the feeling from Dude and a couple of other people that the blue was causing real problems because of not being able to see hyperlinks and such. I agree with that...all the blue was giving me a headache after a while. So I thought I'd look around and see if there was something better.

You're right Dude, not much of anything in the skins (except some pretty funny stuff).

This one does come with a top banner we can customize, and, of course, other things we can customize. But there doesn't seem to be any way to really look at it except a little preview that doesn't show much.

So, I guess the only way to really preview would be to set up another forum for testing. I guess I could do that, then ask people to review it.

Anyway, bottom line is that I thought the other skin was really bothering people, so I thought a quick change would help a little. My apologies if I've just made it worse. Do we want to go back to the original default, as Dude suggested, until we get it figured out?

This is fine for me, like I said I don't really care. Just don't get confused between the two 'quote' buttons. The first is 'multiquote' and the second is regular quote.

Also, I used default after looking at about 5 pages of crappy templates. It was easier than endless searching.

Keep making changes if you want. Use this site. It's not a big deal if it changes from time to time. It'll let everyone get some input.

It's definately not user friendly

Malevolence,
Can you give me specifics about what bothers you most, and I'll see if I can fix it?

Well. I think a lot of it has to do with the fact that it has changed. I was use to it the other way. Perhapse that is the majority of it. Like Dude said though, the quote buttons are definately more confusing. And the background color seems to make it more difficult to focus, but that's largely in part to my ADHD i think.

The only thing that really throws me off is the quote buttons. I also think it is more difficult to figure out what is what and what each little symbol means in this lay out. Especially with how small all the indicators are now. The other way seemed more user friendly to me, but to someone else this one might be more user friendly.

The only trouble I had with the other lay out was it was so dark. Now in contrast this one is the polar opposite, too bright? I'm wondering if there is a way to modify the things to kinda mix it up a bit in a custom manner without having to do a preset layout?

If I was able to play with it I could likely figure it out but you have to be an admin to do that. I may try to start up a different site just to see how the controls work and see what kinda thing I can come up with so I can better get a feel for what you're dealing with and what can and cannot be done with this thing.

I guess one thing I need to know is what kind of forum did you choose? phpBB3, phpBB2, Invision or punBB?

Ok, it took me a while to find it, but we're on phpBB3 (prosilver),

There is a lot that can be customized. All backgrounds, fonts, colors, etc, can be changed thru the skin, plus we can add custom CSS if we want. We can add javascript. We can change or add graphics, including a top banner.

In other words, we can pretty much make it look however we want, including in adding straight html pages. But how do we want it to look?

my quandry is I love visual design (and pretty-like things!) and would love to take on that aspect of the site but my computer skills are miserable. By the time i get comfortable with the software of forumotion months will have passed, so I can't help much in the short term.

The site is perfectly functional, and totally sufficient for our purposes for now...design only becomes an issue at the stage when we want to present a strong unbified image to the world and to potential members, and that isn't an issue until we open the gates to new members...

I'd say anyone should just go forth and make any incremental changes they suggest and get a general consensus on, and for now think of it as private invite-only BETA. for how long, who knows? 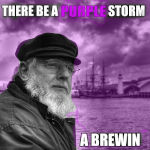